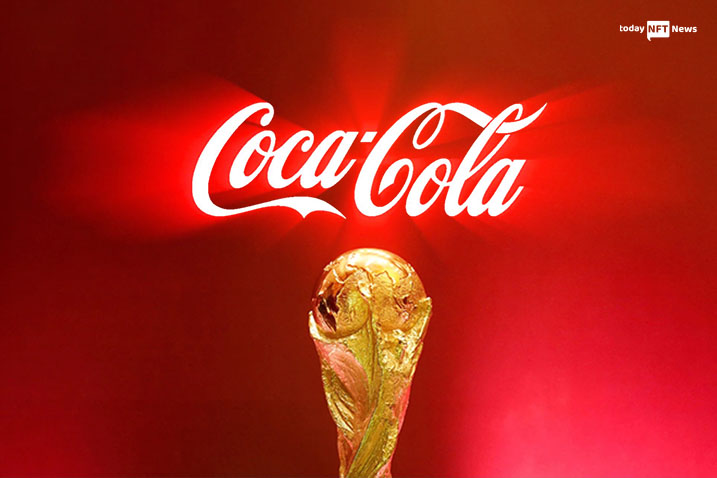 Based on heat maps of the games that were played, Coca-Cola is producing a set of FIFA World Cup NFTs. The NFTs will be created and hosted by GMUNK, a digital artist who has previously collaborated with Nike, DoorDash, and musician Grimes, on the NFT platform Crypto.com.

Tracking player in-game motions during FIFA World Cup games produced 10,000 NFTs. Fans who register for an account on the Crypto.com NFT platform will have access to these things.

This is the most recent significant business initiative to take advantage of World Cup mania on the web3. On Nov. 17, the blockchain-based sports betting exchange BetDEX launched on the Solana mainnet. The exchange got rid of the charges for betting on World Cup games.

Football legend Cristiano Ronaldo was enlisted by trading behemoth Binance to promote his NFT collection. The nonfungible tokens allow owners to a variety of benefits, including access to giveaways, mystery boxes, and a personalized message from Ronaldo.

Additionally, Budweiser pushed to introduce an NFT lineup with real-time competition scoreboards. According to the organization, an NFT collection of memorable quotes, works of art, and images from the World Cup and Women’s World Cup will be part of FIFA’s campaign, which is based in Algorand. The project is comparable to NFT sports memorabilia, such as the NBA Top Shot, which focuses on basketball.

FIFA created the “FIFA+ Collect” NFT marketplace before the World Cup’s first game to allow soccer fans all around the world to collect some of the best moments from the FIFA World Cup and FIFA Women’s World Cup activities. Algorand, according to reports, powers the platform.
In honor of International Friendship Day, the firm released its first-ever crypto artworks last year, featuring four distinctive NFTs that had just been listed on the OpenSea marketplace. The company claimed that an online auction of the NFTs brought in roughly $575,883, all of which were donated to Special Olympics International.