Rust programming language has become a popular choice among web3 developers, owing to distinct features for saving time and energy in coding. In addition, Rust could also help in resolving multiple bug classes alongside reducing the possibility of errors. Therefore, it can serve as the best platform for speeding up innovation alongside speeding up the reach of applications to the market.

The use of Rust programming language for blockchain development also emphasizes the lack of a garbage collector. In addition, Rust does not feature a runtime, thereby ensuring better improvements in performance. It could support high-performance computation tasks seamlessly, even for embedded devices, which could be a vital component of blockchain networks in future. The next advantage of Rust is the ability to streamline workflows with a simpler learning curve. Furthermore, the assurance of an intuitive design alongside a facility for complex problem-solving offers relief from thinking about the problems encountered in Rust development.

Excited to know about the best programming languages in the field of web3? Check the detailed guide Now on List Of Top Web3 Programming Languages

Reasons for the Popularity of Rust

The different features of Rust offer a clear impression of why it is popular among developers. However, it is also important to consider the presence of other alternatives such as C++, Python, and JavaScript for web3 and blockchain programming. Why should you prioritize Rust programming language for blockchain developers when you have so many alternatives? Many developers have been switching to Rust as it offers considerable speed alongside credibility.

One of the foremost highlights of Rust is the facility of limited memory-related bugs during compilation. In addition, it can also offer considerably faster execution speeds. On top of it, developers can find a simpler learning curve with Rust. It could help developers in writing code faster, and the intuitive interface helps them navigate different functionalities of the language effortlessly.

The outline of top blockchains using the Rust programming language would also include references to the features of Rust to enable collaboration among development teams. Large teams could use Rust for seamless collaboration across different levels of programming ability and business expertise.

Large development teams could use Rust to focus their energy and time on the program’s logic while avoiding concerns about identifying bugs. Rust programming language also features many tools for streamlining the development process alongside optimizing workflows. One of the examples would refer to the integrated dependency management tool for ensuring better formatting and style compliance.

The next crucial reason why developers prefer Rust programming language for blockchain development is the fact that it is a compiled language. Users could compile programs in the form of binary executable files, offering compatibility with different languages. In addition, the integrated package manager and automatic formatting tool support developers in achieving higher levels of efficiency.

At the same time, Rust also features a syntax similar to popular programming languages such as C++ and JavaScript. Therefore, it also reduces the barriers to entry for developers working in other domains. The advantages of efficiency and limited complexity offer a formidable reason for validating the popularity of Rust for blockchain development. 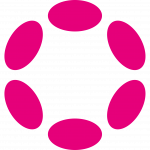 The first entry among blockchains using the Rust programming language refers to Polkadot. It is a smart contract-based blockchain ecosystem with the advantage of interoperability to work with the web3 trends. The interoperability in Polkadot enables the facility of cross-chain data transfers by utilizing innovative mechanisms referred to as ‘parachains.’

It could enable easier interoperability with different blockchain networks alongside ensuring security and scalability. Polkadot is an ideal example of the importance of Rust programming language for blockchain developers with the unique nominated Proof of Stake consensus mechanism. The blockchain also leverages Rust to reduce the barriers to entry for developers into the blockchain and web3 ecosystem.

The architecture of Polkadot involves three distinct elements such as parachains, parathreads, and the Relay chain. The Relay chain is responsible for the connection between all the chains and dApps operational on Polkadot. At the same time, parachains work as autonomous chains with distinct rules and parameters and operate in parallel to the Relay chain.

The parachains have to be sold with auctions and could require projects to integrate native DOT tokens. Subsequently, parathreads could also work as temporary hosts for the dApps, which do not need token bonding or auctions. The DOT token serves as the primary unit of account and medium of exchange for dApps in the Polkadot ecosystem. Furthermore, the token also serves an important role in the governance mechanism of the Polkadot blockchain.

The description of Polkadot in a list of blockchains using Rust programming language must also account for the multiple types of chains in the ecosystem. Polkadot features public, private as well as consortium chains alongside decentralized oracles. Polkadot team utilizes Rust programming language as well as C++, JavaScript, and Go. However, the network could gradually increase transaction throughput, thereby paving the path to the dominance of Rust. 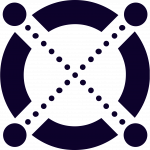 The second entry among the top blockchains using the Rust programming languages would refer to Elrond. It is one of the revolutionary blockchains focused on speed and efficiency by employing internet-scale sharding. Elrond is a massive blockchain network tailored for blockchain developers and businesses.

The blockchain offers a wide range of use cases for serving the web3 community alongside other industries as they offer lower transaction fees and better security. On top of it, the Elrond blockchain network also guarantees the facility of better speed in comparison to legacy blockchain networks. Apparently, it could support a transaction throughput of almost 15,000 transactions per second.

The next characteristic highlight of Elrond blockchain refers to the cross-chain interoperability feature, tailored for scaling with ease. Elrond blockchain could achieve the same by leveraging a new sharding mechanism alongside the validator structure. On the other hand, it uses the EGLD token in the form of a primary asset throughout the Elrond ecosystem.

Users can rely on the EGLD token as a method for payment for gas fees during interactions with dApps on Elrond. In addition, EGLD also serves as an important aspect of the secure Proof of Stake or SPoS consensus mechanism of the Elrond blockchain. The unique consensus mechanism of Elrond features a triple node architecture, including Validators, Observers, and Fishermen in different roles.

The distinct SPoS consensus mechanism serves as proof of the importance of Rust programming language for blockchain development and its advantages. Validators are the primary nodes in the triple-node architecture of the SPoS consensus mechanism. The basic role of validators focuses on staking native tokens and validating transactions for rewards and incentives.

Observers serve as the passive nodes reading and broadcasting data across the network without staking coins or earning rewards. Fishermen nodes are the distinct highlight in the Elrond blockchain consensus mechanism for their capability to challenge block data following the validation process. The fishermen nodes could earn rewards according to their skills in identifying bad actors in the Elrond blockchain network.

The most important entry among top blockchains using the Rust programming language would obviously refer to Solana. It is one of the popular blockchain networks in the web3 landscape with the fastest rate of growth. Solana launched in 2020 following the addition of 167 million native tokens, i.e., SOL and intellectual property, into the Solana Foundation.

The native token serves a crucial role in fuelling the Solana ecosystem alongside serving as the medium of exchange for different dApps developed on the Solana blockchain. Furthermore, the SOL token is also an important requirement for supporting platform governance alongside enabling token holders to express their votes on important proposals regarding modifications in the network.

Solana blockchain also claims a formidable transaction throughput of almost more than 60,000 transactions per second. At the same time, the average transaction fee on Solana is as low as a fraction of a cent. Therefore, Solana can be one of the promising candidates for dApp development as the demand grows. In addition, Solana also ensures proper safeguards for security and decentralization while offering scalability.

Most important of all, the Solana network could also achieve scalability without the need for layer 2 solutions. Another striking highlight which makes Solana a top candidate in the list of blockchains using Rust programming language is the timestamping mechanism. The unique Proof of History of PoH timestamping mechanism enables latency reduction by ensuring timestamping before the Tower BFT PoS consensus mechanism.

Near Protocol is another top entry among the examples of blockchains using the Rust programming language. It is also one of the popular smart contract blockchain networks with a specific emphasis on community-based data storage. It leverages a sharding mechanism for the division of blockchain network data into multiple localized segments for multiple advantages.

Some of the prominent advantages of Rust programming language for blockchain developers on the Near protocol could showcase how it has gained immense popularity over the years. It ensures reduced bottlenecks, better transaction throughput, and lower transaction fees, thereby offering one of the fastest blockchain networks.

Apparently, the Near protocol could process around 100,000 transactions per second, verifying its potential for scalability with emerging web3 technologies. The Near protocol also utilizes human-readable wallet addresses rather than long-string addresses. In addition, the near protocol also offers an Ethereum bridge for the flexible swapping of assets between chains. The native EVM-compatible layer2 scaling solution, Aurora, also makes Near protocol a promising example of Rust programming language. 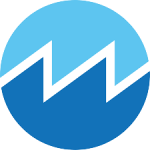 Hyperledger Sawtooth is also another top example of using Rust programming language for blockchain development with multiple benefits. It is an open-source blockchain suitable for the development, deployment, and operations of distributed ledgers. Most important of all, the platform could offer a modular framework through the development of custom blockchain networks.

Hyperledger Sawtooth also facilitates the implementation of transaction-based updates to the shared state between parties associated with consensus mechanisms. While the blockchain developed a major part of its initial architecture on Python, Hyperledger Sawtooth has switched to Rust. Developers have been able to gain better control over their code and flexibility in development. Furthermore, Rust also offers better precision alongside effective identification of possible errors through rewriting the blockchain codebase in Rust.

The detailed outline of top blockchains using the Rust programming language offers a credible impression of its potential. Rust has gained staggering levels of popularity within a short time based on valid reasons. For example, it comes as a compiled language, thereby relieving the burden on developers.

In addition, it also offers better flexibility in code documentation alongside ensuring control over memory management. The effective identification of bugs could also ensure better results in blockchain development projects. The lower barriers to entry also serve as important highlights for Rust’s programming language and its popularity. Keep exploring to learn more about Rust and its fundamentals in detail.