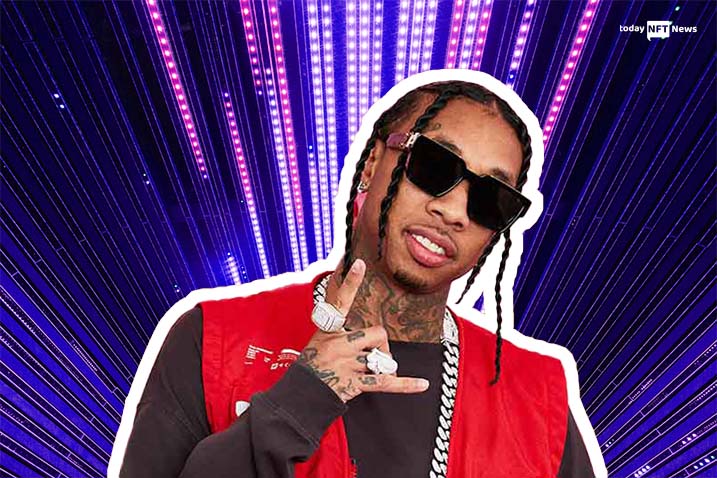 Kreation Technologies, an NFT company, has sued popular rapper Tyga on the grounds of breach of contract regarding a project.

The company has filed a lawsuit owing to him going ghost on an opportunity worth $500,000.

An #NFT company has filed a lawsuit against rapper Tyga regarding his breach of contract on a project. Allegedly, the chart-topper went ghost on a half-a-million opportunity. pic.twitter.com/ik7Q2VevyG

The rapper had to make a custom set of digital artwork offerings based on his image, name, likeness and music.

As reported, he committed to support the creation, marketing, design, sale, production and distribution of NFTs. He even got a signing bonus of $100,000 and was associated with the project.

According to the report, the PFP NFT collection’s name is ‘’Ten Thousand TYGA’’ and it is his recent foray in NFT besides being his very first in CryptoArt with Kreation.

As per the lawsuit, the deal has three drops with one having 10,000 rare NFTs, another one having 75 rare NFTs and the third, a special NFT to be sold to a buyer.

Kreation said that Tyga using his status and fan following to both endorse the drops and seek exposure was critical for the success of the project.

At the time of the deal, the co-founder of the firm said that fans look forward to rich and personalized engagement with their favorite music stars and the collection offers it in the real world as well as in the metaverse.  The NFT collection will strengthen Tyga’s bond with fans to a new level and Kreation is proud about doing it.

The rapper has been accused for not holding up his part of the deal. Not only did he not update about the project on his Twitter or Instagram but also canceled media interviews on both Ask Me Anything and Twitter’s Spaces forums.

According to the company, the deal going off has resulted in issues with a new partner they had as an NFT marketplace.