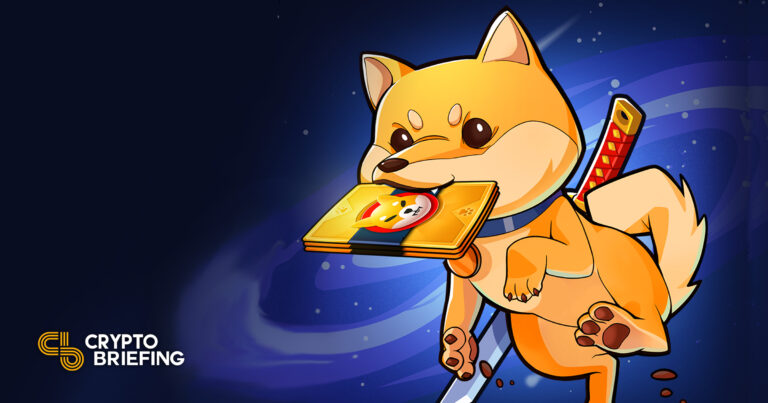 What Is Shiba Eternity?

Shiba Eternity is a new Shiba Inu-themed collectible card game from Playside Studios. The game sets players against each other in a classic one-vs.-one card game duel, with the first to reduce their opponent’s life points to zero declared the winner. Players use one of 10,000 Shiboshi heroes to call the shots, and use spells, items, and various fighters to battle on their behalf.

The game was first announced at the height of Shiba Inu mania in November 2021, as the SHIB cryptocurrency soared in value and reached an all-time high market capitalization of over $40 billion. After almost a year of development, the game’s full release went live on October 6.

Shiba Eternity’s development is led by William Volk, a gaming industry veteran with over 25 years of experience at top-tier companies like Activision and ROKiT Games. With such an esteemed figure putting his name behind the Shiba Inu brand, expectations for the game among Shiba Inu fans were high.

Crypto Briefing took Shiba Eternity for a spin to see if the game lives up to the hype. We’ve judged it in five key areas: accessibility, graphics and art, gameplay, story and lore, and any crypto elements present. Here’s what we thought.

Shiba Eternity is very easy to get started with. The game runs on smartphones and tablets, so just head over to the Play Store (Android) or App Store (iOS) and follow the instructions to download it. And at 417 MB in size, the game isn’t going to take up much space on your device, either.

However, as with many mobile games, how easy Shiba Eternity is to play will vary depending on the size of your phone screen and fingers. The game needs a fair bit of dexterity to click cards, and it can become a little fiddly on smaller screens. Using a tablet is recommended for the best experience.

Although the game is free, Shiba Eternity monetizes itself through in-app purchases. Players can earn cards and characters by playing or alternatively buy them at the game’s store. In addition to buying unlocks, players can also pay for cosmetic enhancements, such as custom card backs, and experience boosts to level up faster. The prices for these boons fall broadly in line with other free-to-play games and are unnecessary if you’re willing to put some time and effort into unlocking the cards yourself.

Shiba Eternity’s graphics are arguably the best part of the game. Most of the in-game assets look polished and professional, and the background images also do a great job of setting the scene and providing depth. The 3D renderings and custom animations for the Shiboshis heroes bring the cute canines to life and break up the gameplay.

While the overall quality is high, there is still room for improvement. The card graphics focus heavily on Shiba Inu characters and become repetitive the more you play. Since there is little variation between cards, it can become difficult to tell which ones you have on the field or in your hand at a glance just by looking at the art.

However, the tutorial character Ryoshi (named after the pseudonymous Shiba Inu founder), who guides new players through the tutorial, doesn’t give off a great first impression. Despite sporting a refined and erudite voice worthy of any dojo master, the character’s sprite doesn’t match his appearance or the game’s overall aesthetic at all.

Games start with the players selecting their four starting cards and tossing a coin to decide who will go first. On a player’s turn, they can summon fighter cards to the field (but must wait a turn before attacking with them), play spell cards, attach equip cards to their Shiboshi, and attack their opponent. Only weak cards with one or two “bark power” can be played at the beginning of the game. However, players’ bark power increases after every turn, letting them use more powerful cards as the game progresses.

Each fighter card has an attack and armor rating. When a card attacks, its attack power is subtracted from the defending card’s armor. If the attacking card’s attack value exceeds the defending card’s armor, the latter is defeated and leaves the field. When no active character cards are on the field, players can attack their opponent’s Shiboshi directly. Players win the game if they reduce the opposing Shiboshi’s health from 30 to zero.

If you’ve played collectible card games like Hearthstone or Magic: The Gathering, you’ll likely recognize several gameplay mechanics that Shiba Eternity has borrowed. However, while some of these mechanics have become a universal standard and make Shiba Eternity more fast-paced and intuitive, others look cut and pasted from more successful games.

Instead of creating a unique game that stands out from the abundance of collectible card games on the market, Shiba Eternity copied much of what made other games successful and only added a Shiba Inu-themed facade to try and camouflage that fact. If you’re a hardcore gamer looking for a new card game to dig your teeth into, Shiba Eternity will probably leave you disappointed. However, the game could find a better fit with a more casual audience. The gameplay is quick and fairly intuitive while still leaving room for some strategic decision-making.

Regardless of the kind of gamer Shiba Eternity appeals to, there are some negative aspects of its gameplay that cannot be overlooked. Players already seem tired of “overpowered” decks controlling the meta. Soon after its release, posts on the game’s official subreddit started reporting that the Frostfire Blast deck, as it’s commonly referred to, has become increasingly popular among high-level players due to how strong it is. The imbalance has elicited such a reaction from the Shiba Eternity player base that the discussion of Frostfire Blast makes up most of its subreddit’s posts.

Elsewhere, the game’s quest system, designed to give players a constant sense of achievement as they play, is also proving detrimental to the gameplay. The quest system assigns players in-game tasks like using an “epic” rarity card ten times, rewarding them with experience and the kibble tokens needed to unlock new Shiboshis. However, as some players have noted, to fulfill these requirements, there is an incentive to hold opponents hostage in games, leaving them on a single point of life and continuing to play cards to meet the requirements for various quests. This incentive structure leads to a bad gaming experience for many players.

While developers may fix these issues with time, the longer they persist, the less likely it is that players will stick around. Overall, the Shiba Eternity gameplay leaves a lot to be desired.

Although the predominant theme in Shiba Eternity is martial arts, its backstory is a cataclysmic sci-fi romp dealing with an array of themes from battles with alien “Greys” to Shiba Inu-inhabited planets caught in a supernova event.

The basic gist is that following the 1951 UFO crash in Roswell, New Mexico, humanity discovered technology from the “Shib Universe,” along with capturing a “Grey” alien who shared this information with the governments of the world. After reverse engineering the technology, humanity “harnessed the power of the Shibarium” and launched a spaceship called the SS Virgil to travel to one of ten inhabited Shiba galaxy planets.

Upon arriving in the Shiba galaxy, war breaks out between the alien Greys (now called “shadowcats” for some reason) and the native Shiba Inu. After two wars, it’s revealed that when the SS Virgil traveled to the Shiba galaxy, it caused a dimensional tear that put two local stars on a collision course with each other. Now, the human crew of the SS Virgil, along with all Shiba-kind and a new character called “Queen Andromeda” (because why not), must team up to stop this extinction-level event from happening.

It’s not exactly clear how this lore intersects with the game. The central conceit seems to be that the Shiba Inus are sufficiently proficient in martial arts to combat the shadowcats in the war.

To be frank, the Shiba Eternity lore is chaotic at best. The blog post outlining the story is a convoluted, poorly-written narrative that does little core worldbuilding. While there is, admittedly, a subjective element to the story surrounding the Shiba Inu ecosystem that might be lost on some people (such as myself), numerous points still fall flat.

Like the card game, the story behind it is littered with dog-themed puns and Shiba Inu references. Everything important in the lore starts with the prefix “Shiba,” making it needlessly difficult to follow what’s going on and revealing the writer’s marked lack of imagination. While the story is certainly ambitious, it fails to add context and color to the game and will likely leave the reader more confused than when they started.

There’s not much to say about the crypto element in Shiba Eternity, as it’s non-existent in the current version of the game. However, according to the game’s developers, there are plans for a blockchain version of the Shiba Eternity that will allow players to use NFTs from the 10,000 Shiboshis collection in the game to earn token rewards (It’s also worth noting that the Shiboshis that players can “create” in the free version of the game are all copies of Shiboshis from the NFT collection). Various blog posts outlining the Shiba Inu ecosystem have referenced a reward token called TREAT, which will likely play a role in Shiba Eternity in the future.

The lack of a blockchain element has been a disappointment for many onlookers and Shiba Inu fans alike. Many had assumed that players would be able to use SHIB for in-game transactions, a relatively simple feature that remains absent for the time being. While there are hints that the future version of the game will help tie together disparate parts of the Shiba Inu ecosystem, such as the planned Shibarium Layer 2 chain, Shiba Inu Metaverse project, and Shiba Inu-backed stablecoin, there is no concrete roadmap detailing if, and when this might happen.

Despite its faults, Shiba Eternity’s release is a landmark moment for both the SHIB cryptocurrency and the broader Shiba Inu ecosystem. What started as a meme coin, launched to capitalize on the Dogecoin hype preceding it, has transformed into a fully-fledged brand with the power to attract leading game developers. Although this first attempt is lacking in certain areas, the fact that it happened at all should cause even the most vocal Shiba skeptics to think twice before writing it off as a joke project.

However, if Shiba Eternity and the Shiba Inu brand want to go further, they must tighten up their operations. Clear, professional communication and brand strategy are a must going forward, as is consolidating the various projects created under the Shiba Inu banner. At its heart, Shiba Inu is a crypto project, and anything that uses its intellectual property should follow this example.

Disclosure: At the time of writing this review, the author owned ETH and several other cryptocurrencies.