I will provide some general knowledge about the two and you will decide which one is Better. 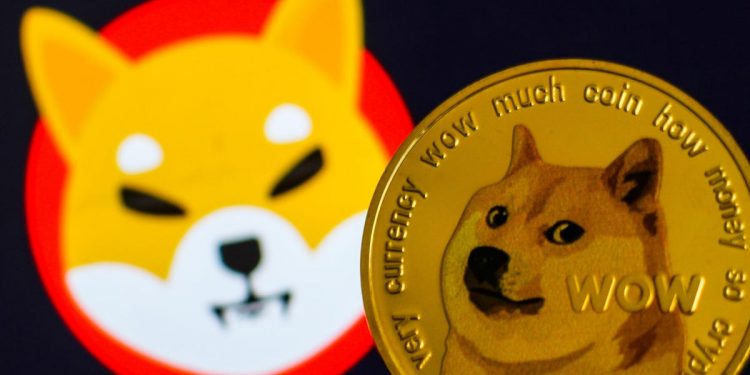 This is a question I’ve been getting a lot Shiba Inu or Dogecoin which one is better?

So that I started to wonder what the answer was myself. I’m going to compare and contrast the two and tell you which one will make it to the moon.

Dogecoin was founded in December 2013 by Jackson Palmer and Billy Marcus. Jackson is a marketing expert who spent most of his career working at Adobe, whereas Billy is a former software engineer at IBM.

Was created primarily as a joke and partially as a response to the opportunistic greed in the crypto market and the stigma cryptocurrencies face due to their use in black market activities. Jackson left dodge coin in early 2015 and Billy  Marcus is now the face of the project.

In August this year dogecoins development is coordinated by the Dogecoin foundation a nonprofit based in the United states which was founded in 2014. The board consists of veteran doge coin developers and its advisors Vitalik Butero and  Jared Birchall  friend of Elon Musk. 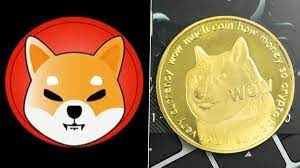 Shiba inu was founded in August 2020 by an individual who goes by the Rayosky and was created by an anonymous quote successful businessman who provided its initial liquidity on Uni Swap.

It’s not entirely clear who Rayoshi is, or what he does but photos from his early medium posts suggest he has close Connections to Vitalik Butero who could be the mysterious successful businessman behind the scenes.

Shiba Inu was created primarily as an experiment in decentralized governance and partly to be a direct competitor to Dogecoin, that s why shiba Inu is also referred to as the doge coin killer.

It looks like Rayoshi  left Shiba Inu in June of this year and community member who goes by the name Satoshi Kusama is now the de face of Shiba Inu.  It’s not entirely clear who coordinates the development, but it appears to be a community effort centered around 10 developers detailed in Shiba Inu’s second white paper. 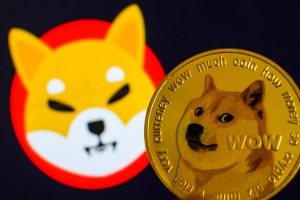 Dogecoin is a fork of Litecoin, and uses the same script proof of work mining algorithm for its blockchain, whose native cryptocurrency is of course Doge and LTC and can be mined with the same machine at no additional expense thanks to a novel technology known as merged mining. Mining was introduced early on because those wasn’t profitable enough to mine alone and the absence of this incentive would have meant the end for doge coin soon after its release. Although dodge coin was historically dependent on Litecoin, because of this price appreciation over the last year has made it very profitable to mine. If this trend continues Dogecoin could eventually become independent. Dogecoin can process around 30 transactions per second transactions typically cost a few cents to send and they are typically confirmed within a few minutes.

Shiba Inu does not have its own blockchain, shiba inu’s ecosystem lives on ethereum and ship is an ERC 20-token.

Shiba Inu its primary use comes from the shiba swap decks and it also accepted as payment by select merchants. 50% of ships maximum supply of 1 quadrillion was pulled on uni swap provided by the mysterious businessman. The liquidity keys to the shiba  pool were subsequently thrown away, now this is the closest thing you can get to a fair launch for an ERC 20 token. The other 50% of shiba supply was sent to ethereum founder Vitalik Buterin who burned 80% of the ship he had received, and donated the remaining 20% to various causes earlier this year. Shib’s remaining supply is just under 600 trillion and most of it is quite evenly distributed with the largest shib holder being the crypto.com exchange. There are over 900,000 Shiba holders and again this doesn’t factor in all the ship held on exchanges.

Price history and potential for Dogecoin

Doge although its price technically began at zero, the distance between its lowest recorded price and its all time high of $0.75 is around 10,000 X and doges up 1000X over the last year alone. Doge price appears to be heavily manipulated by doge coin Wales and this can be easily seen when you look at the historical price of doge in BTC terms.

You look at the historical price of those in BTC terms notice the repetitive pumps and dumps which extend all the way back to 2014,  it appear to be on the tail end of the current dump pattern meaning we could see a sudden pump in the coming days and weeks. This projection is further supported by the fact that those coins  have been accumulating heavily over the last week and last month despite the continued dump the last two pump and dump cycles.

Is Dogecoin now going to make a 10X move?

10X move from doges current price would make those coin the third largest cryptocurrency by market cap .This is extremely unlikely to happen as the amount of investment required for this would be in the hundreds of billions of dollars. We could see Doge reclaim its all time high and even claim the coveted price tag of $1 early next year assuming of course the rest of the crypto market continues to rally.

Similar story for shiba price up by a whopping 94,000 X since it was first launched, as reported in the viral news article by cointelegraph. Shibs price action seems to have been driven purely by FOMO from retail investors, who only pay attention to price. Shibs price tag is extremely low and this can give the impression to new crypto investors if it rises to a dollar or even just a cent they will be rich. However this will never happen because, it’s all about the market cap. Shiba inu’s market cap around $30 billion is extremely large, even so shibs technicals suggest it is possible it could triple from its current price in the coming weeks. However it’s really important to note that this would likewise require a lot of upside volatility from other cryptocurrencies especially Bitcoin.

Weather Doge or Shiba managed to make it to the moon ultimately depends on two things, their community reach, which drives short term demand, and their road map,which drive long term investors.

Doge and shiba Inu developers seem to be pretty evenly matched. it’s hard to say for sure because again it’s not entirely clear who Rayosky  is or what his role was with shiba Inu. One thing is for sure though and that’s that Rayosky has some serious Connections and these Connections probably played a role in getting Shiba Inu off the ground.

Similarly  Dogecoin without litecoin’s integration, the project probably wouldn’t have survived and if Elon Musk had never approached those coins, it certainly wouldn’t have thrived.

It’s not clear where these two projects are headed in the long term, and I may very well change my assessment as time goes on right now, though it looks like Dogecoin has a much higher chance of reaching its master, simply because its development is funded and coordinated by the Dogecoin Foundation which has some seriously big brain behind.