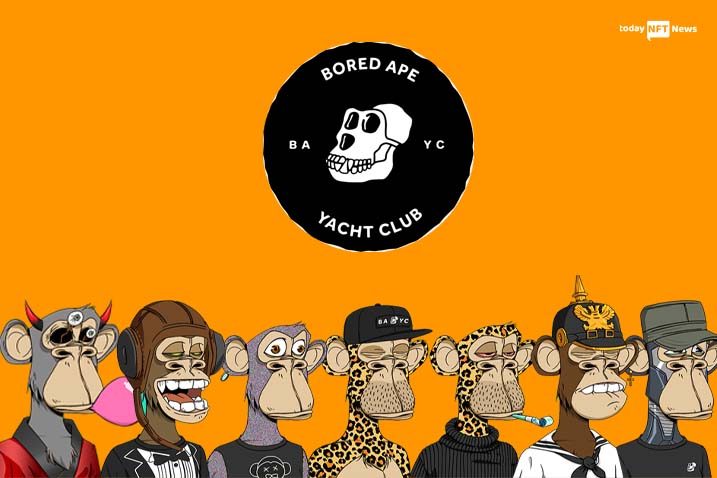 The Bored Ape Yacht Club has given another opportunity to praise the value of its Bored Apes. This time a total of seven Apes have been sold at a brilliant amount of $1 million or 618.5 ETH. The sales have taken place on OpenSea.

This time, 5 out of 7 Apes share the same background of aquamarine color. Now this calls for a detailed investigation about the other traits of the sold Bored Apes. Let us explore!

The Ape has been purchased by B7D25B, the same user who bought the above NFT. Having a bored mouth and an orange background, it wears a black BAYC T, which is worn by only 2% Apes. Its accessories include an army hat, a trait with 3% Apes and a cross styled earring, which is owned by just 1% Apes. The fur is robot in style, a rare trait possessed by 3% Apes and eyes are sad.

An user named EA5B1F has bought this Ape. It has an aquamarine color background and wears a smoking jacket which is owned by 2% Apes. It also has a horned hat, a trait that is owned by 3% Apes and has a gray color fur. The eyes are crazy, which is a trait with 4% Apes having it. Coming to the mouth, it is bored bubblegum, which is a very rare trait acquired by 1% Apes.

A user named sportscardape.eth bought this Ape. It also has an aquamarine background and closed eyes. The fur has a cheetah pattern, a trait with 4% Apes having it. It wears a black BAYC hat, which is acquired by 2% Apes and its mouth is bored unshaven.

CE0530 is the name of the user who has purchased the Ape. It has an aquamarine background and fur is brown in color. Wearing a tuxedo style tee, which is owned by 2% Apes, it also has a Ww2 pilot helm, which is acquired by 1% Apes. The eyes look like zombies, a trait owned by 3% Apes. The mouth is jovial, a trait possessed by 3% Apes.

Owned by 6B957A, the ape has an aquamarine background and wears a sailor shirt, which is worn by 3% Apes. The fur color is dark brown and eyes are closed. The mouth is phoneme vuh, a trait with 3% owners and wears a prussian helmet, which is a very rare trait acquired by just 1% Apes.