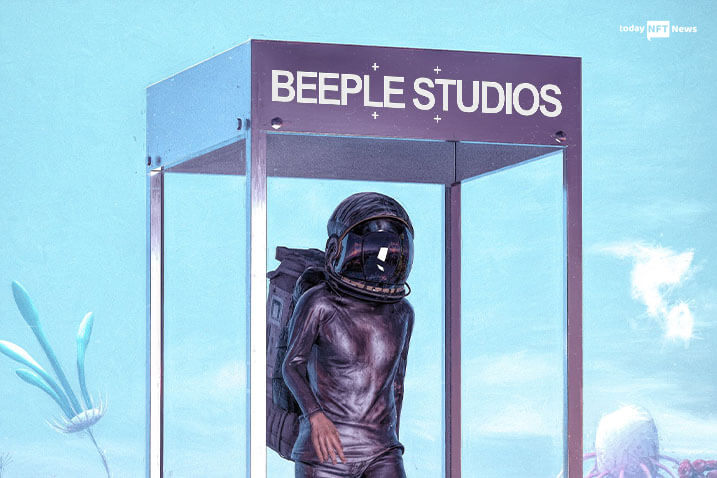 An American digital artist and animator well known for selling NFTs, Michael Joseph Winkelmann, or “Beeple” (his professional name), recently announced the grand opening of BEEPLE STUDIOS with Christie’s, a British auction house. The launch is dated March 11 in the largest city in the U.S. state of South Carolina, Charleston.

extremely excited to announce the GRAND OPENING of BEEPLE STUDIOS on March 11th in Charleston!! 🧵👇 pic.twitter.com/rdPxyeewl1

The announcement was made over the official Twitter handle, @Beeple, where Michael shared the news with his community. He is extremely happy for the whole community to use the space, and for the inaugural event, they have already gotten work from many well-known artists.

Adding further, the space will be welcoming and open to all artists, and from now onward, the platform will accept submissions so that artists can flaunt their artwork at the inauguration event. If users are lucky enough and their artwork is selected, the artist will win a free ticket to the event. All the NFT collectors of Beeple are free to register for the event from now on.

The inauguration date of March 11 also marks the two-year anniversary of Christie’s sale, and it’s so amazing to imagine how far things have come since then. The digital artist also expresses his gratitude and feels honored to be collaborating again with Christie’s, the renowned name in the world of art and luxury business.