The Future of Asset Tokenization 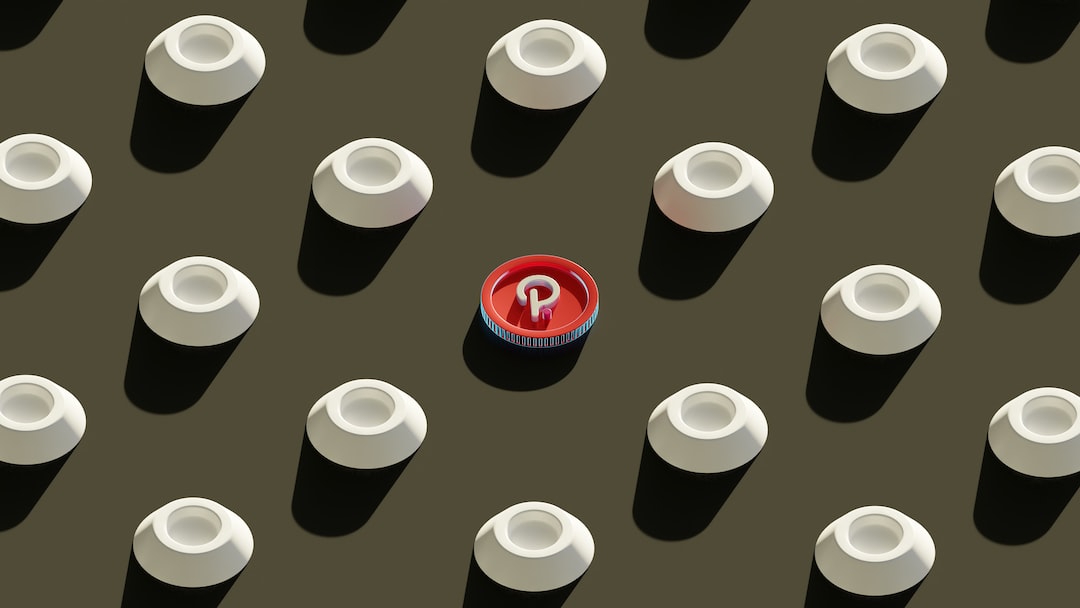 The Future of Asset Tokenization. How the Token’s future may develop. Here we will list things that we are going to discuss and hopefully brings some clarity.

Welcome back to the new article. Today’s focus will be The Future of Asset Tokenization. Above you found the bullet points in what you are going to read.

So let’s get started!

As the world becomes more and more digitized, it was only a matter of time before our physical assets were tokenized and stored on the blockchain. Tokenization is the process of converting rights to an asset into a digital token. This token can then be traded on a blockchain platform, providing a new level of liquidity for illiquid assets. Tokenization also opens up new investment opportunities, as fractional ownership of assets becomes possible.

Asset tokenization has already begun to gain traction in the marketplace. In 2018, $1 billion worth of real estate was tokenized and this number is expected to grow exponentially in the coming years. The benefits of asset tokenization are numerous and it is poised to revolutionize many industries. Let’s take a look at the origins of tokenization, the current state of affairs in the EU, UK and USA and the different types of asset tokenization that are taking place.

The concept of tokenization can be traced back to the early days of cryptocurrency. In 2009, Satoshi Nakamoto created Bitcoin, the first decentralized digital currency. Bitcoin was designed to function as a peer-to-peer electronic cash system. To do this, Nakamoto proposed a solution to the double spending problem through the use of a blockchain.

A blockchain is a digital ledger that records all transactions that take place on its network. Bitcoin’s blockchain is public and transparent, meaning that anyone can view all past transactions. This transparency adds an important layer of security, as it is very difficult to tamper with blockchain data.

The first use of the term “token” about digital assets dates back to 2013 when bitcoin and other cryptocurrencies were beginning to gain mainstream attention. At the time, tokenized assets were mostly used for gaming purposes and were not seen as having any real-world value. However, as blockchain technology began to be developed further, it became clear that tokenized assets could be used for much more than just gaming.

The use of blockchain technology for asset tokenization was proposed in 2014 by a company called Colored Coins. They used the Bitcoin blockchain to represent ownership of physical assets. While the idea was sound, the execution was not perfect and the project ultimately failed.

Despite this early setback, the idea of asset tokenization gained traction and several successful projects have since been launched. The most notable of these is Ethereum, which is a decentralized platform that supports smart contracts. Smart contracts are self-executing contracts that are stored on the blockchain.

Ethereum has emerged as the leading platform for asset tokenization. In 2017, Ethereum’s market capitalization surpassed that of Bitcoin and it is now the second-largest cryptocurrency by market cap. Ethereum’s success is due in large part to its ability to support the tokenization of assets. 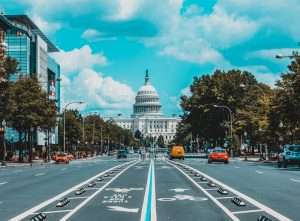 The European Union is currently in the process of developing a regulatory framework for asset tokenization. In 2019, the European Commission released a report on distributed ledger technology (DLT) and its potential use cases. The report included a section on asset tokenization and proposed that the EU develop a legal and regulatory framework for this new technology.

The UK is also taking steps to regulate asset tokenization. In 2018, the UK’s Financial Conduct Authority (FCA) released a paper on DLT and its potential implications for the UK financial sector. The paper included a section on asset tokenization and proposed that the FCA develop a regulatory regime for this new technology.

The USA has yet to develop comprehensive regulations for asset tokenization. However, the Securities and Exchange Commission (SEC) has taken some steps to regulate digital assets. In 2017, the SEC issued a report on initial coin offerings (ICOs). The report concluded that ICOs are securities and are subject to federal securities laws.

Since then, the SEC has brought enforcement actions against several companies engaged in illegal ICOs. In 2019, the SEC also issued guidance on digital assets. The guidance clarified that some digital assets, such as tokens issued through ICOs, are securities.

The SEC’s actions indicate that the agency is taking a cautious approach to regulating digital assets. However, the SEC has not yet proposed comprehensive regulations for asset tokenization.

Asset tokenization is a new and evolving area of finance with few existing regulations. However, this is changing rapidly as both the EU and the UK move towards developing comprehensive regulatory frameworks for this new technology. In the USA, the SEC has taken some steps to regulate digital assets but has not yet proposed comprehensive regulations for asset tokenization. As this new technology continues to develop, more countries will likely start to regulate it.

How is the situation in other countries?

In Australia, Singapore, and South-East Asia the situation is similar to that in the USA. The Australian Securities and Investments Commission (ASIC) and The Monetary Authority of Singapore (MAS) have released guidance on digital assets but have not proposed comprehensive regulations for asset tokenization.

In Central and South America and Africa, there are no comprehensive regulations for asset tokenization, but some countries have released guidance on digital assets.

As you can see, the regulatory landscape for asset tokenization is still very much in flux. However, it is clear that this new technology is here to stay and that regulators around the world are starting to take notice. We will continue to monitor the situation and keep you updated on any new developments. 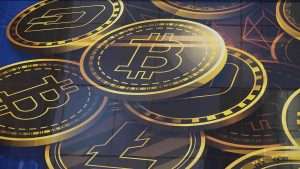 You will find or have already found a lot of articles with this kind of title: “types of tokenized assets”.

Well now finally you have found the right place to understand what this means.

For those who are not familiar with financial terms:

What is an asset?

An asset is anything that has value and can be converted into cash.

Now that you know what an asset is, we can move on to the next questions:

What is a token?

A token is a digital representation of an asset.

Tokenization is the process of converting something of value into a digital token.

To put it more simply, tokenization is the process of making something tradable on the internet.

However, with tokenization, you can now buy and sell assets online. For example, if you want to buy a house, you can now do it through a website or an app.

Tokenization has many benefits. For one, it makes buying and selling assets much easier and more convenient. It also makes it possible to trade assets 24/7, even on weekends and holidays. Finally, it opens up new investment opportunities, as you will see below.

There are three main types of tokenized assets:

The benefits of tokenized trading are not just limited to convenience. Tokenization could also make it possible to fractionalize ownership of assets, making them more accessible to a wider range of investors. For example, rather than having to buy an entire gold bar, investors would be able to purchase a fraction of a gold token.

Fungible assets are financial assets that can be traded or exchanged for other assets of the same type. The term “fungible” comes from the Latin word “fungibles”, which means “to be able to be used in place of another.” Fungible assets are typically divided into two categories:

Non-fungible assets are assets that cannot be swapped or exchanged for other assets of the same type. They are unique and have a specific value. For example, a painting by Mona Lisa is a non-fungible asset because it cannot be replaced by another painting. The same goes for a piece of land, a car, or a work of art.

Tokenizing non-fungible assets has many benefits. For one, it could help to protect the asset from counterfeiting. To make it simpler, if you have a painting that is tokenized on the blockchain, it would be very difficult for someone to create a counterfeit copy of that painting. Tokenization could also help to track the ownership of an asset, as well as its provenance. For example, if you have a tokenized painting, you would be able to track who owns it and where it came from.

What is an NFT?

Well, simply put It can be anything. A picture, a video, a song, a game skin and so on.

Any kind of digital creation can be an NFT.

To be classified as NFT the piece must have its blockchain certification. That way, the creator gets all the credit and no one can copy his work without permission.

Security tokens are digital assets that are backed by real-world assets.

Unlike traditional assets, which are often subject to central control and intermediaries, security tokens are decentralized and provide unprecedented access to a wide range of potential investors.

As an example, a security token could be backed by shares in a company, a bond, or a real estate investment. Security tokens are subject to federal securities laws and regulations.

With security tokens, you can own a piece of your favorite company, or invest in a new options contract with the click of a button. Security tokens have the potential to revolutionize the way we think about ownership and investment, making it easier and more seamless than ever before. 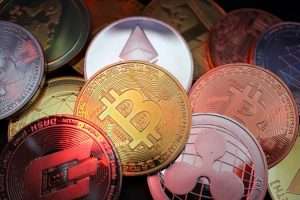 The Future of asset Tokenization:

Some of the benefits of asset tokenization include:

Now let’s have a look at a few cons, shall we?

Finally, there is the concern of security. As asset tokenization projects become more popular, they will become targets for hackers. Security breaches could result in the loss of millions of dollars worth of assets.

Asset tokenization has the potential to revolutionize the way we interact with and invest in assets. However, there are much more pros than cons, so the future of asset tokenization is bright.

With time and the right solutions in place, the concerns will be addressed and asset tokenization will become mainstream and revolutionize the way we interact with and invest in assets.

These include regulatory uncertainty, high compliance costs, and security risks. With the right team and technology in place, asset tokenization could change the way we think about ownership and investment.

Thank you for reading, as always it will be awesome if you share this article and let others know more about the Future of asset tokenization. 😉

What are your thoughts on the Future of asset tokenization? Let me know in the comments below!

Have a great day and see you all in the next article!